Of Boys and Boats 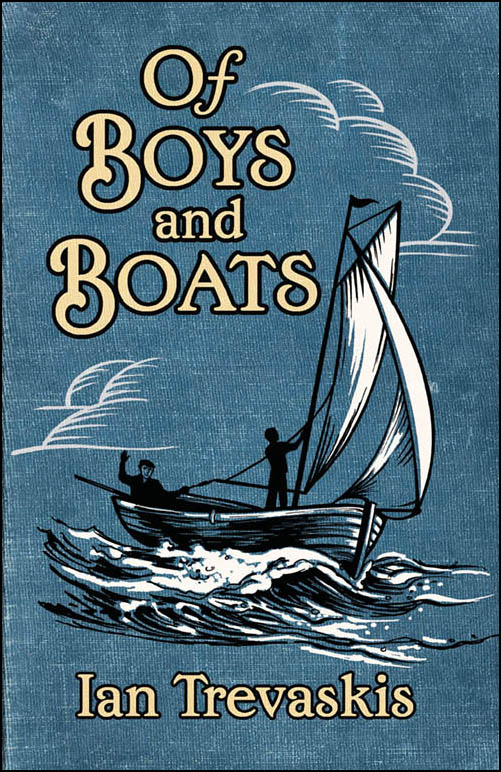 It is 1956 – the year the Olympic Games came to Melbourne. Jack Spiller and his mates are caught up in the excitement, running their own torch relay around the block each night while the Olympic Torch travels to Melbourne.

When Jack and the new kid, Heinrich, discover an unfinished sailboat in the shed of recluse ‘Mad’ Mick Metcalf, Jack’s focus changes. Can he convince Mick to allow them to finish it? Or has the old man been too damaged by the horrors of World War One?

A fast-paced, humorous story about the power of friendship.

Set in Geelong in 1956 during the Olympics, Jack and his best friend Percy are having fun running their own torch relay. But trouble is never far away and Bruiser, the local bully, delights in making life hell for Jack, Percy and especially their new mate Gunther, whose family fled Germany after the war.

When the boys discover that their reclusive neighbour Mick has a half finished boat in his shed, they decide to ask him if they could finish it. And so begins the most unlikely of friendships - can three boys and one girl really build a boat?

This book is a beautiful story of friendship and hard work. It is set in 1956, and the bullying that Bruiser inflicts is physical and, when the boys have eventually had enough, their retaliation is too - a far cry from what we would expect or hope to see today.

It is also a story of redemption for Mick, who shut himself away after the war in which his younger brother was killed, and after his fiancée died from the Spanish flu. Jack and Mick realise that age is no barrier to a friendship, and seeing Mick come alive again is one of the joys of this story, as is Jack’s special friendship with Anna.

A truly enjoyable book that will transport readers into Melbourne in the 1950’s. Full of adventure and friendship, it is perfect for students in Year 8 and up.