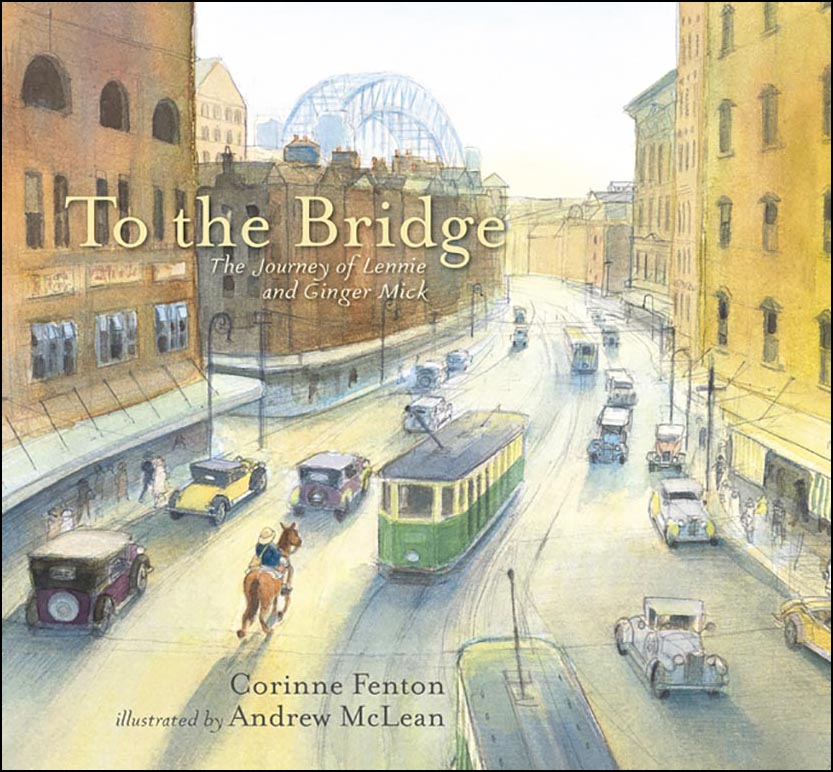 The award-winning team of Corinne Fenton and Andrew McLean tell the story of Lennie Gwyther and Ginger Mick, a boy and his pony who crossed Sydney's Harbour Bridge on 19th of March, 1932 and marched into history.

Nine-year-old Lennie Gwyther dreamed of seeing the opening of the Sydney Harbour Bridge. With his father's blessing, he rode his pony Ginger Mick across Australia, inspiring crowds of supporters to greet him in cities along the way, as he made his way to Sydney. It was there that he saw the bridge that had captivated his imagination and inspired his brave journey. And it was then that he and Ginger Mick became a legend.

This inspiring historical story is about persistence, resilience, bravery, courage and hope. It's about pursuing a dream and the impact that journey can have on those who follow.