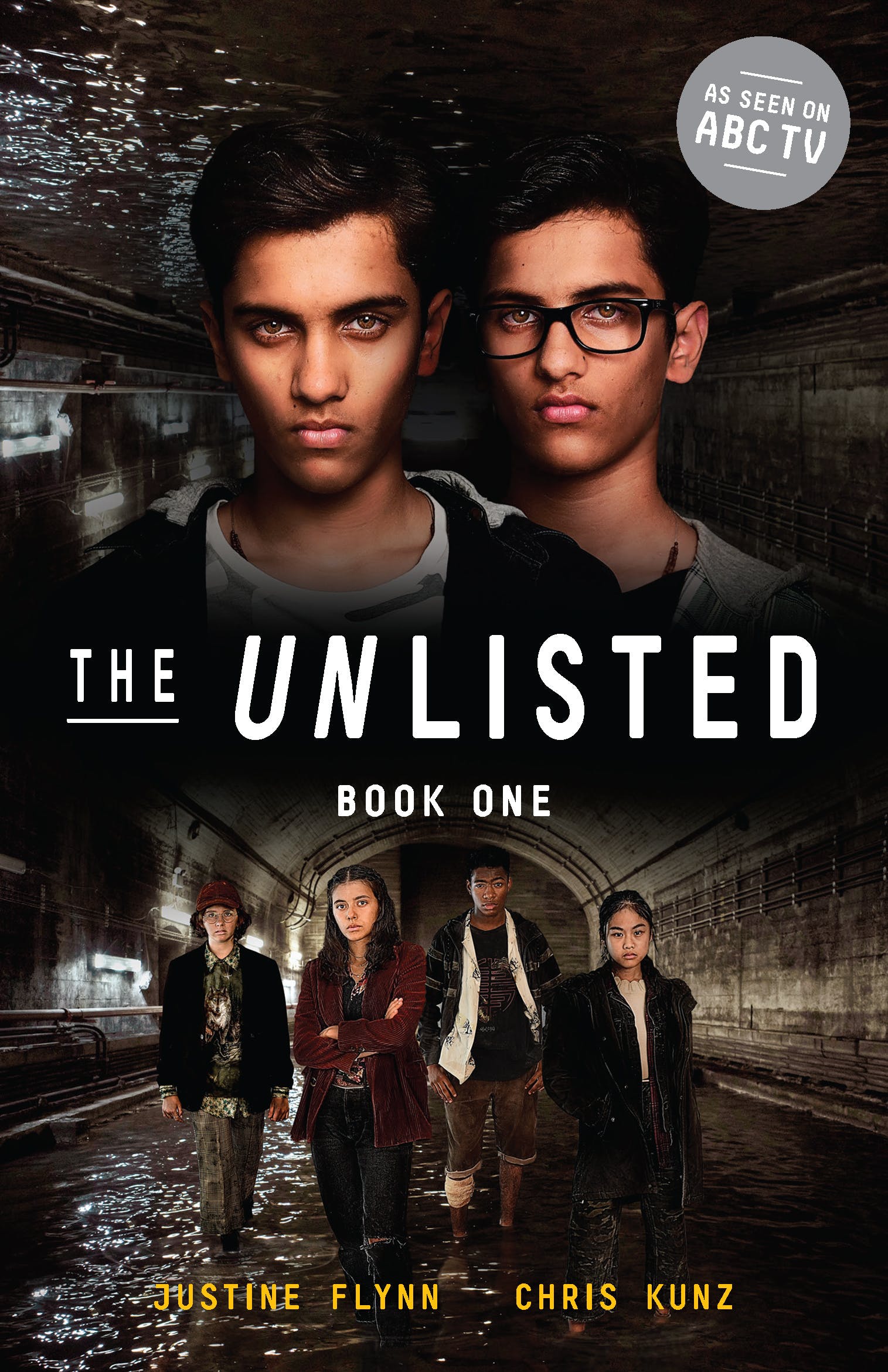 Twins Dru and Kal Sharma must work together with a group of underground vigilante teens to stop a sinister organisation from controlling the world's youth population, in this exciting new ABC/Netflix TV tie-in series.

There's nothing Dru Sharma fears more than the dentist. So when his school runs a compulsory dental check, he convinces his identical twin, Kal, to take his spot.

What Dru and Kal don't realise is the check-up has been initiated by a mysterious organisation called Infinity Group that are interested in more than the students' dental health. Infinity aims to control the hearts, minds and bodies of the world's youth. It isn't long before Kal and the other students start developing super strength, while the kids who resisted the procedure start to go missing.

With Dru 'Unlisted' and outside of Infinity Group's control, it's a race against time to uncover the truth of the operation. Dru and Kal - with the help of a group of underground vigilante teens - will have to do whatever they can to stop Infinity Group before it's too late.

Dru and Kal are identical teenage twins going about their normal daily lives  -  or so they think!

They live with their loving family, including their Dad who looks after the whole family and keeps them together. But things are about to change, and not for the better...

Strange things start to happen after a compulsory dental check at school. All the students that took part have been secretly implanted by the mysterious Infinity Group so they can be tracked and controlled. The problem is Dru made Kal take his place, so Kal is now being tracked as both himself and Dru, and Dru is now ‘Unlisted’.

But they are not the only ones who realise that there is a group trying to control them all. They find another group of teens on the run from the Infinity Group, but can they trust each other? And how and why is all this happening?

All teen readers are going to love this new series. It is full of intrigue and mystery in a high tech world.