The True Colour of a Little White Lie 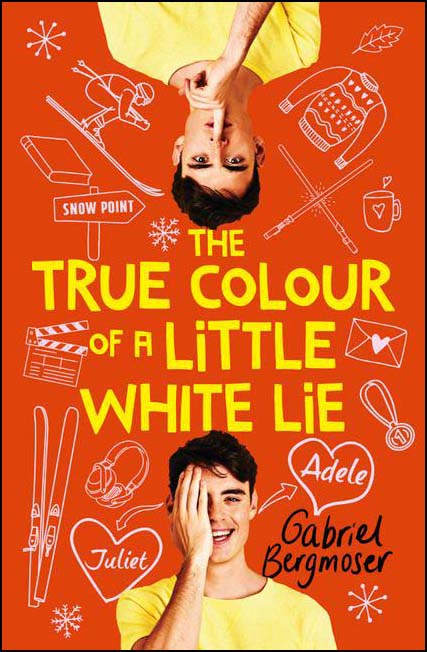 From the super-talented young author of the best-selling The Hunted comes a book that reminds you just how tough adolescence can be. After a catastrophic attempt to ask out his crush, fourteen-year-old Nelson is desperate for any chance to escape the daily humiliations of his small-town high school. And with his parents taking over a nearby ski lodge, that chance seems to have arrived. Up at the lodge he discovers a whole new freedom in a world where nobody knows he's a loser and he can be whatever he wants.

But reinvention is complicated, especially when a few white lies land you in the middle of an unexpected love triangle which leads you to sign up for a ski race that you're nowhere near good enough for. As Nelson's new world spirals out of control, he'll slowly discover that no matter where you are, sometimes the hardest thing to run away from is yourself.

I think every teenager will relate to this book!

Nelson is the main character and this is the story of his winter on the mountain. During the week Nelson goes to school in town, and every weekend is spent on the mountain - skiing, meeting new people, and getting himself into all sorts of problems by pretending to be someone he’s not!

It is a story of friendship, first love, new emotions and unexpected relationships.

I thoroughly enjoyed it and I’m sure readers will too. Set in the Australian ski slopes, this is a story of growing up and finding out who you are, and more importantly, who you don’t want to be. Perfect for readers in Year 8 and up.