The Republic of Birds 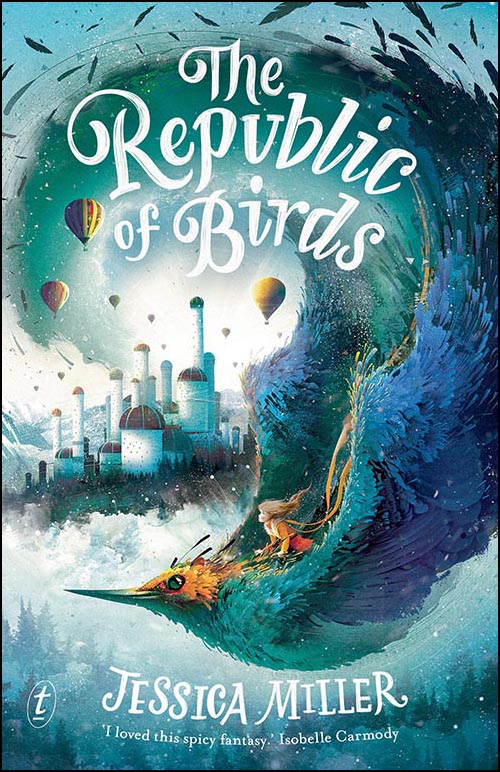 Olga loves the stories of the old cartographers and pores over their ancient books and maps, trying to unlock their secrets. Sometimes, she thinks she can even feel through the maps - almost see into them - as if by magic.

But magic is banned in Tsaretsvo, ever since the war with the birds that divided the kingdom, and the powerful magic-wielding Iagas have long been banished. Now, any young girl who shows signs of  being an Iaga is whisked away to Bleak Steppe - to a life, so the story goes, of unspeakable punishment.

When the bird army kidnaps Olga's sister in a surprise attack on the human kingdom, Olga realises she has to venture into the Republic of Birds to bring her back. But first, she must learn to unlock her magical ability. As her journey takes her into the hidden world of the Iagas and the wilds of the Unmappable Blank, Olga discovers the truth about the war with the birds - and learns just how much is at stake.

Humans and birds lived happily together for centuries, until someone discovered a firebird’s egg, starting the War of the Skies and then nothing was ever the same again.

Olga is a normal girl with no special talents, but when the bird army kidnaps her sister, she discovers she has a magic talent to put herself in maps. So she ventures on a perilous journey into the Republic of Birds to get her sister back.

This is a great fantasy book. Beautifully written, with a cast of interesting characters and a storyline that will keep you enthralled. Lots of mystery and adventure, and a brave heroine who will do anything to save her sister.

This will most appeal to girls in Year 7 and up.