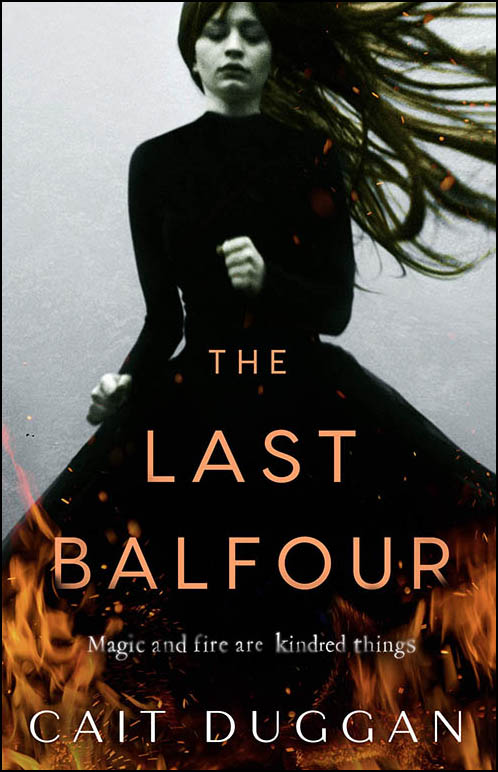 'An utterly riveting tale of magic, danger and witch-hunts... grips you by the throat and won't let go.'- Kate Forsyth, award-winning author of Bitter Greens.

Magic and fire are kindred things… Iona Balfour's life is turned upside down when her beloved aunt Grizel is executed for the crime of witchcraft. Before she dies, Grizel appoints Iona as guardian of a precious family bloodstone and tells her she must flee their village and deliver the stone to the mysterious Guild of the Green Lion. Accompanied by a new friend, Cal, Iona soon realises that she's awakened the powers of the bloodstone. But it promises to be a perilous journey.

The wolf month is no time to be on the road. And there's a witch hunter on Iona's trail, who has a strange obsession with the stone. When a devastating betrayal throws her into the hands of her enemies, Iona soon finds herself in the fight of her life. Will she suffer the same fate as her aunt, or will she escape the witch hunter and fulfil her destiny? Discover an exciting new voice in Australian fiction!

Iona Balfour is 14 when the aunt who has raised her is accused of witchcraft and sentenced to death. Before she dies, she entrusts Iona with the family bloodstone and tells her to take it to the city. So begins a perilous journey - this is no time to be faint hearted!

Iona makes a new friend called Cal but is betrayed by her oldest friend from the village, and to top it all off, there is a witch hunter on her trail. Will Iona be the last of her family?

Set during the late 1500’s when many people still believed in witchcraft and relied on the healing women to look after them when sick, this is a thoroughly entertaining read. Fast-paced and well written, readers will love Iona and be cheering her on every step of the way. It does have a couple of graphic torture scenes, but they are set in the context of the story and the times that they are living in.

There is an unexpected twist in the story right at the end that will surprise!

A perfect read for those in Year 9 and up who like their characters to be a little bit feisty.