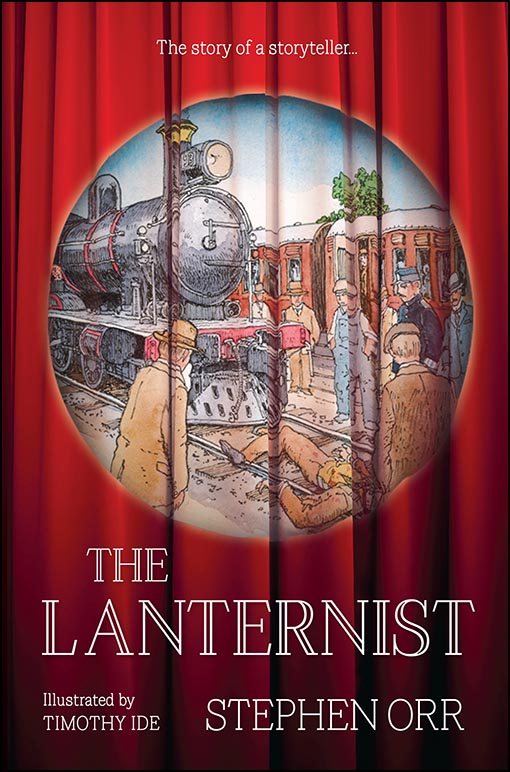 The slide clunks into the lantern, and Phantoms come alive on the wall. The father-and-son Magic Lantern team of Bert and Tom Eliot are masters of The Art of the Story. The only problem is that they are missing a wife and mother. Then one morning eleven-year-old Tom wakes to find his father missing, too.

The Lanternist’s apprentice is thrown out of home, forced to work for the arch-criminal Jimmy Sacks, arrested and imprisoned. Will he ever be able to escape with his new friend Max and make the long, flea-bitten, rat-infested journey to Sydney in search of his parents? The Lanternist is a story about stories, and how they show us a way through life, despite callous landladies, corrupt officials, criminal companions and the problems with living in incinerators.

But mostly, it is about searching, and making your own endings. Celebrated author Stephen Orr’s first foray into young adult literature is a thrilling historical adventure.

Set in Australia in the late 1800’s and early 1900’s, we see a world as experienced by eleven-year-old Tom Eliot.

Tom works with his Dad, a Lanternist. Whilst showing the audience a wonderous series of picture, he captivates paying customers by adding stories to the pictures. But with the newly introduced moving pictures, business is tough. Then to make things worse, Tom’s Mum takes off to Sydney with another man.

Things are not good, and get even worse, when Tom’s Dad leaves Adelaide to go to Sydney to find his wife, leaving Tom behind. What was supposed to be for a week stretches on, and Tom is taken in by a pawn broker who uses children to steal for him.

Tom’s dreams of going to Sydney to find his Dad and Mum, and to go back to living a normal life, seem impossible. But are they?

This is a story about storytelling, the importance of family, corruption, and street life set in Australia 130 years ago.

With great historical content, and a very determined main character, this is a great read for those in the upper primary and lower secondary levels.