The History of Mischief 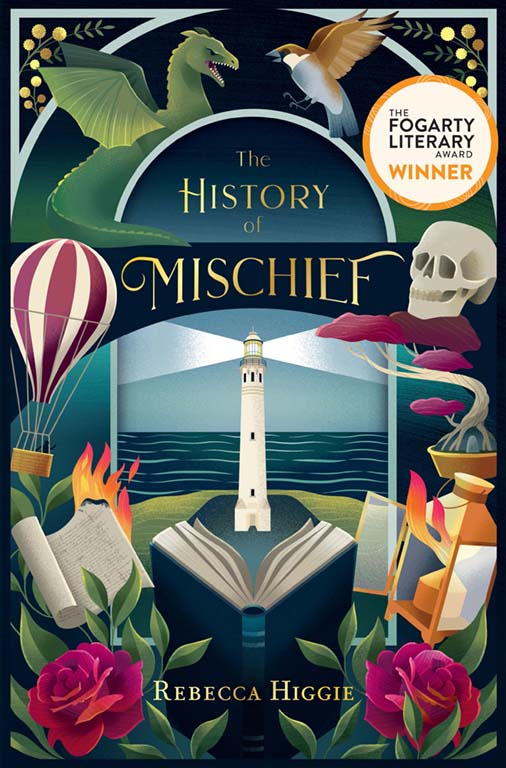 When Jessie and her older sister Kay find a book called The History of Mischief, hidden beneath the floorboards in their grandmother's house, they uncover a secret world. The History chronicles how, since antiquity, mischief-makers have clandestinely shaped the past - from an Athenian slave to a Polish salt miner and from an advisor to the Ethiopian Queen to a girl escaping the Siege of Paris. Jessie becomes enthralled by the book and by her own mission to determine its accuracy.

Soon the History inspires Jessie to perform her own acts of mischief, unofficially becoming mischief-maker number 202 in an effort to cheer up her eccentric neighbour, Mrs Moran, and to comfort her new schoolfriend, Theo. However, not everything is as it seems. As Jessie delves deeper into the real story behind the History, she becomes convinced her grandmother holds the key to a long-held family secret.

The History of Mischief is about the many things we do to try to escape grief, and the stories we tell in order to protect ourselves and those we love.

Jessie and her older sister Kay are both struggling after the death of their parents in a car crash. When they move into their Grandmother’s house and find a book hidden under the floorboards, they start sharing the stories. The book is a history of the mischief-makers, from ancient times to now. Jessie starts researching what she reads in the book and believes that the stories are real.

Inspired, she decides to start a bit of her own mischief to help her friend Theo and her lonely neighbour, Mrs Moran, who vacuums her driveway at night time.

But the history has a story all its own, and Jessie desperately wants answers. Can her Grandmother help?

This is a fascinating look at history through a different set of eyes. It’s fun, entertaining and full of mischief.

It is also the story of Jessie and Kay’s struggle with grief, and how we all deal with it in different ways. Strong themes of family, friendship and history make this a wonderful read and one I’m sure will be much loved. It would also make a great addition any lower secondary class reading lists, as there are so many layers you could explore.