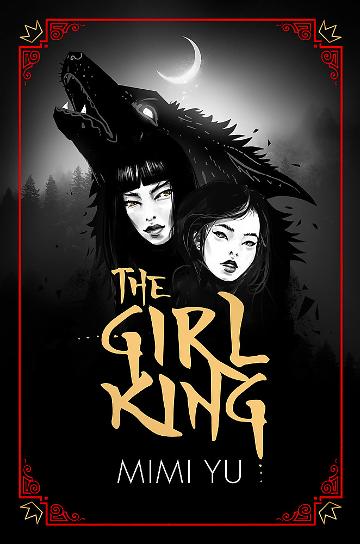 Two sisters become unwitting rivals in a war to claim the title of Emperor in this sweeping tale of  ambition, sacrifice and betrayal for readers of Tomi Adeyemi, Kendare Blake and Samantha Shannon. All hail the Girl King. Sisters Lu and Min have always known their places as princesses of the empire. Lu is destined to become the first female emperor, while Min is resigned to a life in her shadow. When their father declares their male cousin heir instead, his betrayal throws both their lives into chaos. Determined to reclaim her birthright, Lu must flee the court in search of an ally. Her quest leads her to Nokhai, the last surviving wolf shapeshifter. After years in hiding, Nok is forced into an uneasy alliance with the girl whose family killed everyone he ever loved.

Now they need an army to take back the throne. Left alone in the volatile court, Min's hidden power awakens. It's a forbidden, deadly magic that could secure Set's reign... or allow Min to claim the throne herself. But there can only be one emperor, and the sisters' greatest enemy could turn out to be each other...

Lu and Min are Princesses of the Empire. Lu expects to be named the first female emperor and Min expects to live a quiet life in the court of her sister.

When their father names a male cousin as his heir, everyone’s life is thrown into chaos. Can strong willed Lu really win back the throne and why is Min acting so strangely? And who is Nokhai  - friend or foe?

The first couple of chapters are a bit slow paced, as all the characters are established, but once you’ve sorted out where everyone fits, this is a wonderful story. It is full of adventure, mystery, and long-lost magic.

It has great characters and an intriguing plot and will have you eagerly awaiting the next instalment.

It is a perfect fantasy novel for readers in Year 8 and up.