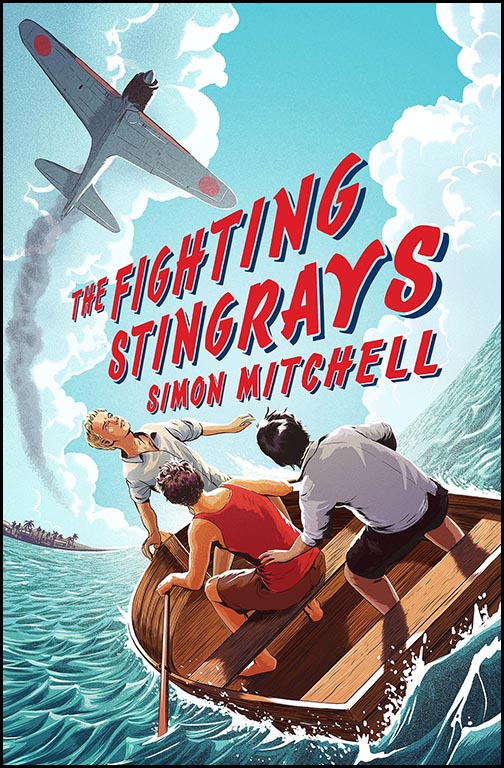 Charlie, Masa and Alf are best mates - loyal and adventurous. They're the Fighting Stingrays. In between school, swimming and fishing on idyllic Thursday Island, they have a ripper time role-playing bombing missions and other war games. But when Japan enters World War II, the Fighting Stingrays are told that one of their own is now the real-life enemy.

Drawn into a dangerous game of cat and mouse in the Torres Strait, their friendship and loyalties are tested as the threat of invasion looms closer.

Set on Thursday Island during WWII, The Fighting Stingrays captures the dangers of Japan entering the war and the feelings of the people at the time.

The three mates, who call themselves The Fighting Stingrays, have their friendship and loyalty tested when Japanese are being interned and Masa, who has never been to Japan, is set to be interned too.

They decide to leave the island together, and then have some incredible adventures across the Torres Strait Islands, evading capture. But this is no longer role playing like they are used to. Now they are playing for keeps against the tyrannical Captain Maddox, wild storms at sea, and even malaria.

Based on real life events in Australia’s history, this book will have a huge appeal in schools and is ideal for reading groups from Year 5 to Year 8. It is also engrossing and action packed!