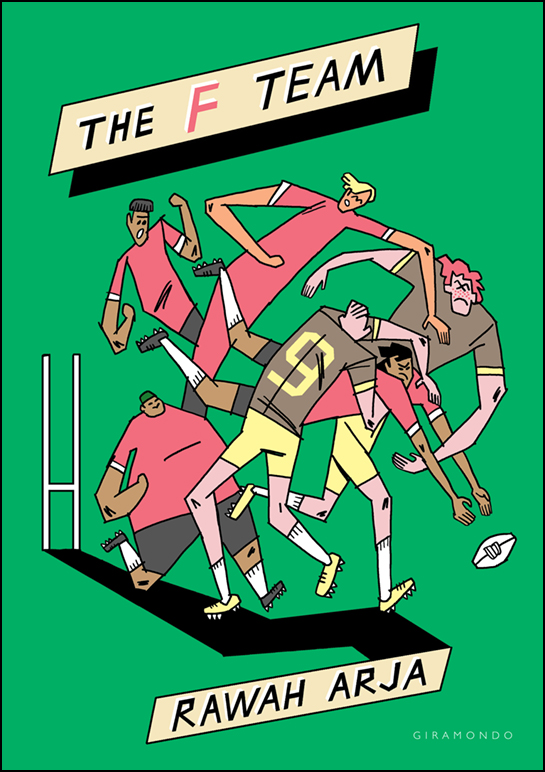 Meet Tariq Nader, leader of ‘The Wolf Pack’ at Punchbowl High, who has been commanded by the new principal to join a football competition with his mates in order to rehabilitate the public image of their school. When the team is formed, Tariq learns there’s a major catch – half of the team is made up of white boys from Cronulla, aka enemy territory – and he must compete with their strongest player for captaincy of the team.

At school Tariq thinks he has life all figured out until he falls for a new girl called Jamila, who challenges everything he thought he knew. At home, his outspoken ways have brought him into conflict with his family. Now, with complications on all fronts, he has to dig deep to control his anger, and find what it takes to be a leader. In confronting and often hilarious situations, Tariq’s relationships with his extended Lebanese family and his friends are tested like never before, and he comes to learn that his choices can have serious consequences.

The F Team is set in Punchbowl, against the background of the impending government closure of the Punchbowl Boys High School.

Tariq, our main character, is the fourth of five children born into a culturally rich Lebanese-Australian family. Tariq and his mates, the Wolf Pack, have more than their share of trouble, both with the authorities and in their own lives.

Enter a tough, Irish-born new principal, who is determined to change his school’s troubled image. He enlists the Wolf Pack to join an upcoming rugby tournament where two schools must combine to form a team. The problem is the rest of their team is made up of students from a school in Cronulla, led by a rich kid who also happens to be their best player.

It seems impossible that they will be able to work together as a team. But Tariq desperately wants to change both his image, and the image of his school, in the hope that it can remain open.

With the help of family and friends, we witness a huge and highly believable transformation.

Filled with humour and authentic Australian characters, The F Team depicts Australia today as it really is - filled with pain, trouble and, ultimately, hope and determination to make the world a better place.

With themes of race and culture, friendship, team building and personal development, this is a great novel suited to readers 14 and older. It will be loved for its honesty by many teenage boys!