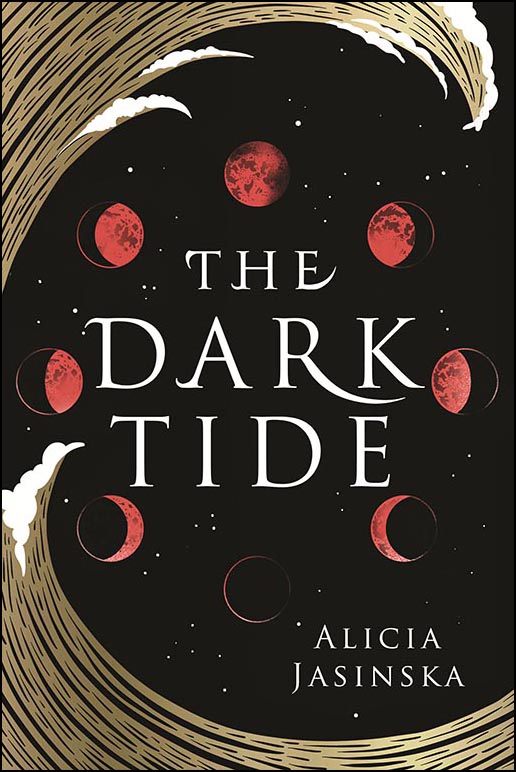 Every year on St. Walpurga's Eve, Caldella's Witch Queen lures a boy back to her palace. An innocent life to be sacrificed on the full moon to keep the island city from sinking.

Convinced her handsome brother is going to be taken this year, Lina Kirk enlists the help of the mysterious Thomas Lin, her secret crush, and the only boy to ever escape from the palace after winning the love of a queen. Working together they protect her brother but draw the queen's attention.

Queen Eva cast away her heart when her sister died to save the boy she loved. Now as queen, she won't make the same mistake. With the tide rising higher than ever before and the islander's whispering that Eva's magic is failing, she's willing to sacrifice anyone if it means saving herself and her city.

When Thomas is chosen as sacrifice, Lina takes his place and the two girls are forced to spend time together as they wait for the full moon. But Lina is not at all what Eva expected, and the queen is nothing like Lina envisioned. Against their will, the two girls find themselves falling for each other. As water floods Caldella's streets and the dark tide demands its sacrifice, they must choose who to save - themselves, each other, or the island city relying on them both.

Caldella is a world that is slowly being taken by the ever lurking Dark Tide. To prevent this, the witch Queen must choose a sacrifice, and whoever she chooses as sacrifice must be someone whose loss causes pain, so that the tears shed for their loss might help keep the Dark Tide at bay.

Two years ago, Queen Natalia chose Thomas Lin as sacrifice but he charmed her and she gave herself instead. Now her sister, Queen Eva, has the throne and she chooses Thomas again to avenge her sister.

When Lina, who has always adored Thomas, offers herself in his place, the outcome could not have been anticipated. Can they quell the ever threatening Dark Tide?

This is a love story with a bit of a ‘Beauty and the Beast’ vibe. There is magic and fantasy, good and evil, and a plot that I loved. The characters could have been slightly more developed, but it still a great read by a new YA fantasy author.

With themes of goodness overcoming evil, family, sacrifice, and love in many forms (including the developing feelings between the Queen and Lina, and that kiss!), it will most appeal to female readers aged 14 and older.