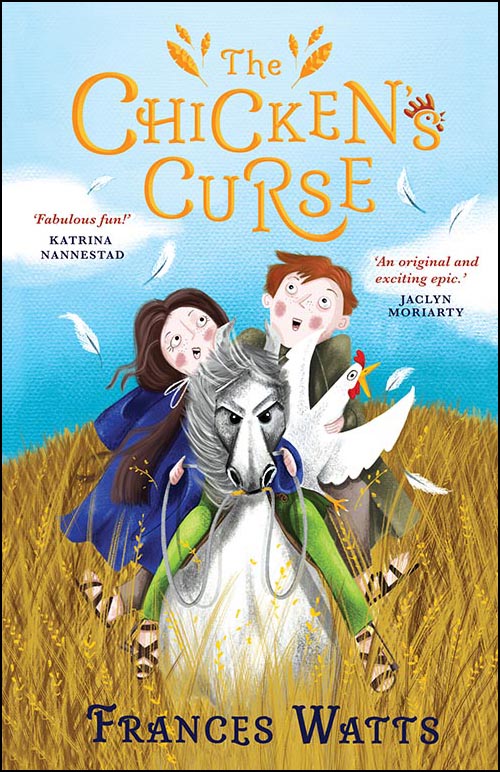 Felix and Livia are being pursued across the Roman empire, from the darkest, dampest corner of Gaul to the dry, desert sands of Tadmor. They must reach Rome by the Ides of April to rescue Livia's brother before he is sent into the arena to do battle with lions - and perhaps a vicious ostrich or two!

Along the way, the pair are helped (and hindered) by a selfish sacred chicken, a foolish camel and a grumpy magic carpet as they encounter bandits, a shipwreck and a false accusation. Will they save Livia's brother in time, or will they all fall victim to the chicken's curse? A classic adventure of friendship, fate and fortune, from the winner of the Prime Minister's Literary Award for Children's Fiction.

This is a very humorous adventure of two runaways set in Roman times.

Felix deserts the Roman army because the general would not heed the dark omens that are indicating that the army will lose their upcoming battle. Surely the general should know that the sacred chicken is never wrong?

After he deserts he meets Livia. Felix thinks she is a princess, but in fact she is a maid trying to save her brother from certain death in the colosseum in Rome. So they decide to travel together, and they encounter many unscrupulous characters and funny situations in their effort to try to reach Rome in time. So many things go wrong, but surely they will succeed in the end…?

Full of fun and nonsense, this easy to read novel will appeal to lots of chickens...oops children, aged 7 to 11.