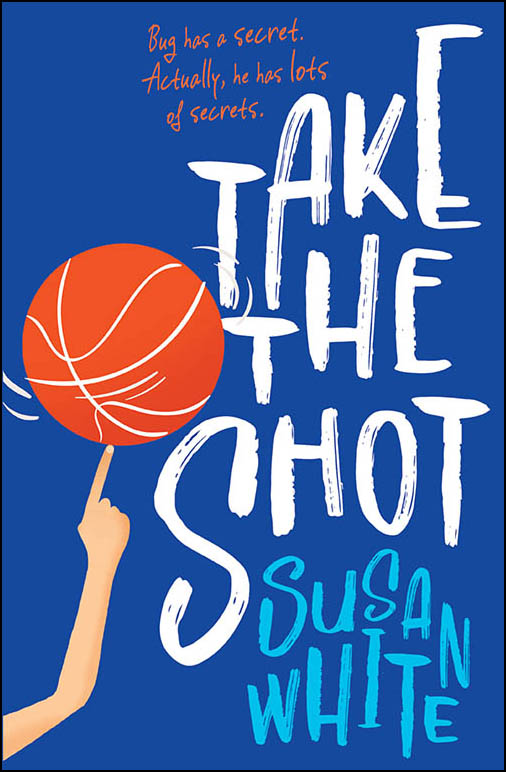 Bug has a secret. Actually, he has a lot of secrets. By this point, Bug's secrets have secrets. Like... Number one: he's formed a basketball team at his new school based on a giant lie. Number two: his parents don't know he's playing basketball again. Number three: his new teammates have no idea he isn't allowed to play, and they definitely don't know why.

Bug will do anything to keep his secrets, keep his new team and keep his life from falling apart. Because no one can know the biggest secret of all: Bug risks his life every time he steps out onto the basketball court.

It is wonderful to see a YA book that aims mostly at teenage boys on a topic many of them love, sport!

This touching story, written by an Australian debut author, will be one that will draw some reluctant readers in.

Our main character, Bug, is just starting out at a new school after discovering that he has Marfan syndrome. Marfan causes long limbs and hands, and makes you a little awkward, but Bug has used this height to his advantage in the past - mostly in his main passion, basketball.

But Marfan also affects the heart, and his parents have banned him from playing. What harm could he do just playing in an interschool competition? So he starts assembling his team, and he gets a really mixed bunch of whoever will play—including Doof, a tough guy who has already been banned from the footy team for rough play.

Bug finds his place with these guys and it is in the building of that team, the comradery, the problems and a little love interest that is the heart of this story.

Will Bug’s parents find out? Could worse happen under the pressure of the competition? As the team keep advancing through the competition, the tension rises...

An ideal novel for 12—15 year-olds that will most appeal to boys and those who love team sport.