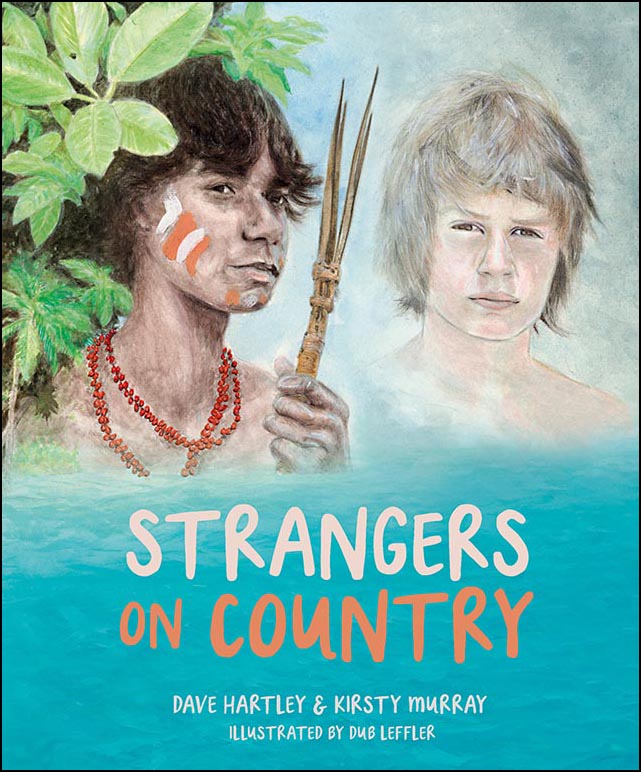 Giom, Anco and Duramboi are the names of just three young shipwreck survivors and convict escapees who were given refuge by Indigenous communities during the nineteenth century. No one knows exactly how many received sustenance from the local people, but there are some documented accounts of these experiences. Strangers on Country includes the stories of six Europeans and the people who cared for them.

To Aboriginal and Torres Strait Islander people, the first castaways and runaway convicts that arrived in their homes must have appeared pretty scary. The strangers didn’t speak their language and didn’t understand their ways, but they were desperately in need of refuge. Despite their fears, the Indigenous hosts often treated the lost strangers with kindness, taking pity on them and giving them food and shelter. When they returned to live among white people, the castaways and convicts spoke fondly of the people who had rescued them.

Richly illustrated and drawing on the extensive collections of the National Library of Australia, Strangers on Country will inspire young readers to think about how all Australians today can learn from traditional Indigenous ways of thinking and doing. When we listen to and understand others, work with people, instead of doing things to people, then we can all begin to adopt the wise ways of the past.

This book was inspired by and based on Living with the Locals: Early Europeans’ Experience of Indigenous Life by John Maynard and Victoria K. Haskins.