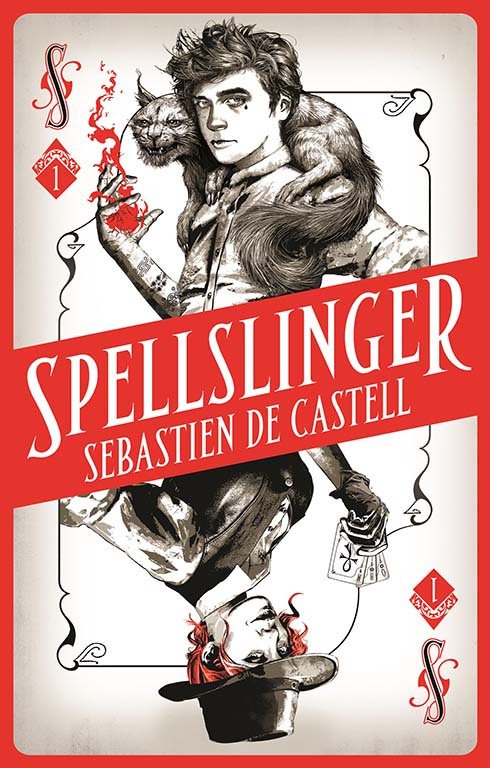 When you're a Jan'Tep initiate approaching your sixteenth birthday, you'd better be ready to prove your worth as a mage. Either that or have a miracle on the way. And Kellen isn't counting on either. He knows he'll need a few tricks up his sleeve to avoid disgracing his family and becoming a Sha'Tep servant.

So when a sassy, straight-talking traveller arrives in town, Kellen is all ears. Ferius Parfax is jaded but worldly, an exile who lives by her wits and the three decks of cards she carries. She can't teach him to spark his bands and access the seven magics, but with the hand that Kellen's been dealt, he knows he needs all the help he can get...

A rich, compelling and laugh-out-loud new series for all teen, YA, adult and fantasy readers. Perfect for fans of The Dark Tower, Firefly, Hunger Games and Guardians of the Galaxy.

The only thing that matters to Kellen, as he approaches his sixteenth birthday, is his developing magic powers. But where they should be growing, his abilities seem to be disintegrating, and along with them his chance to become a mage. The alternative prospect of becoming a lowly slave is looking more likely every day.

But then begins his compelling battle with evil forces, whose sole aim is to destroy both Kellen and his family. Readers will adore the feisty, fast-mouthed Ferius, who others believe to be a spy from an enemy kingdom, who befriends Kellen. Together with a demonic talking squirrel cat, they survive many fierce battles as Kellen unravels the truth of his kingdom’s history.

Full of magic, dark humour, card tricks, deception and amazing duels, fans of the fantasy genre will love this series. The story is completed by romance, betrayal, and finding your inner good, making it totally accessible to all readers 13 and older.