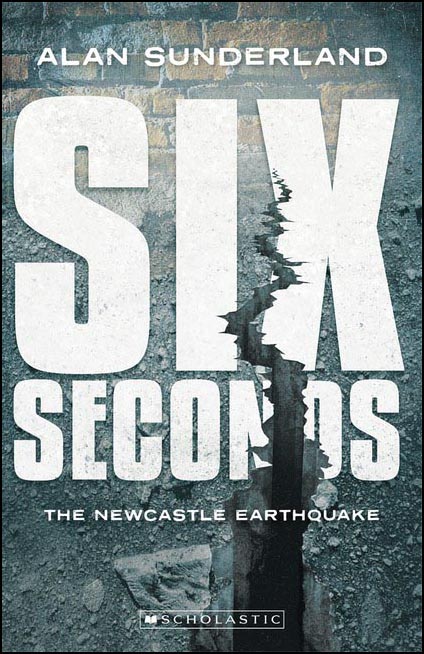 I could hardly see. There was dust and smoke everywhere. I was falling, sliding down into a gap that had opened up between parts of the collapsed building. It was dark and silent. All I could hear was the sound of my own breathing, and my beating heart thumping in my ears. Then I heard the cry again: the cry for help.

Growing up by the beach in Newcastle in 1989 means footy, sandcastle competitions and school. Michael's dad's a journalist and his small world gets bigger as he starts to pay attention to the news. His interest turns into anxiety and obsession as Michael begins to see the world as a dangerous place that is fast collapsing around him.

When the Berlin Wall comes down, most see it as a sign of change and freedom but Michael isn't convinced. But when an earthquake hits his home town, Michael discovers that the worst that can happen is not always as bad as your fears.

Michael and his family live in Newcastle and Michael spends his time going to the beach, school and following the new rugby league team. Michael starts to follow stories in the news, but he only remembers the bad ones. He starts to become anxious, and worried about everything being dangerous.

When the earthquake hits and Michael realises his Grandma is in danger, his fears are forgotten as he rushes to help her.
Set in 1989, Michael is a wonderful character, and this story gives readers a glimpse into a different time in Australia, and the fears that existed back then.

The six seconds of the earthquake seem to last forever, but Michael shows amazing resilience to help rescue his Grandma, despite the danger to himself. It proves that our fears for those we love will inspire us to do more than we thought we could.

A great story about overcoming your fears, and the love of family and friends. This will be perfect for readers in Year 6 and above.