Scary Mary and the Stripe Spell 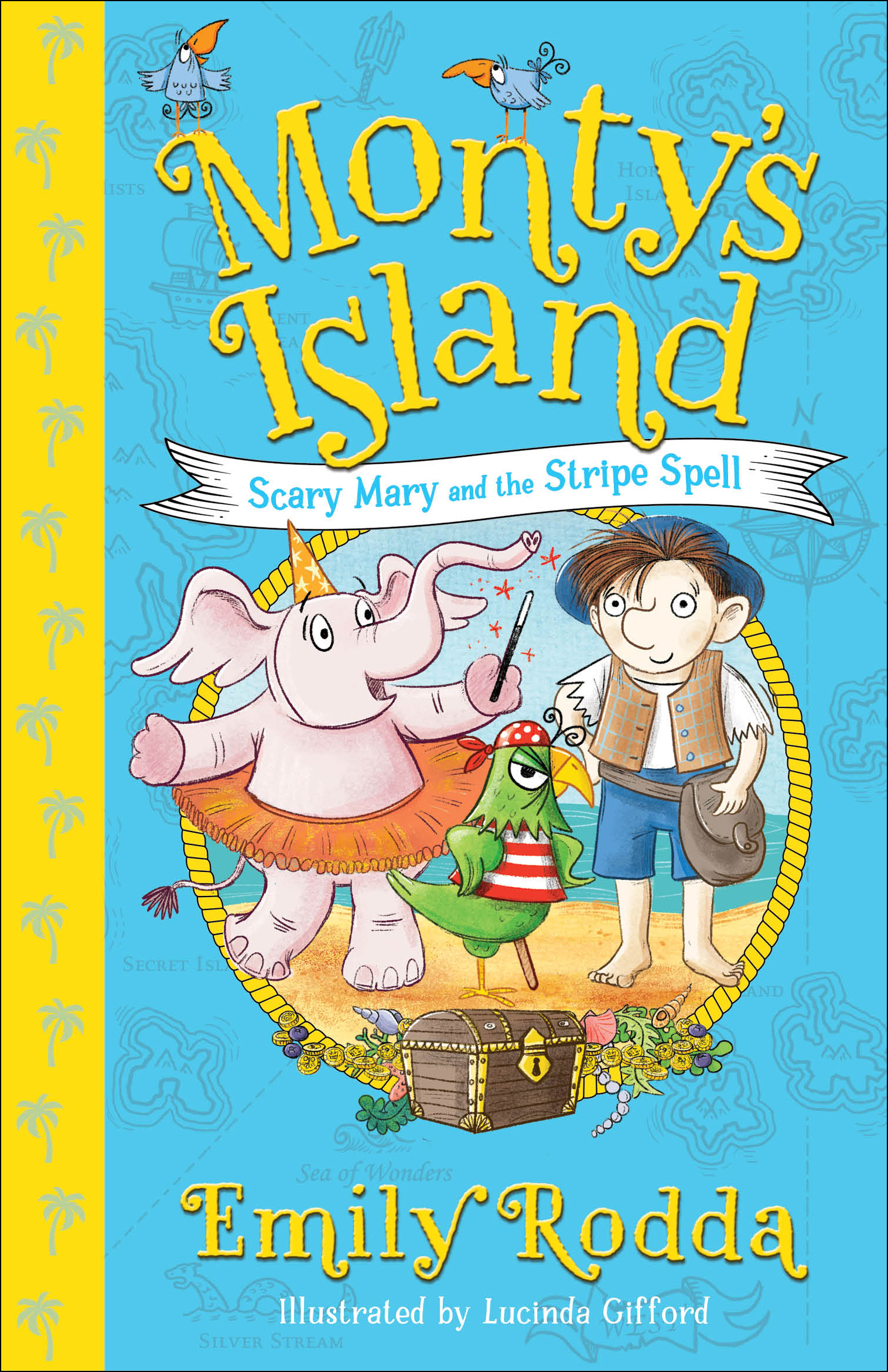 On a tiny island far away, in a sea that ripples with magic, Monty never knows what he might find... Monty, Tawny and friends receive some startling news: Scary Mary and her pirate crew are on their way, looking for a new island to call home. What can they do? There's no way they can hide - especially when Bunchy accidentally turns the whole island stripy with her new magic wand.It's going to take one of Monty's best ideas to save them!

In this first title in this fabulous new series from Emily Rodda, we meet Monty, Tawny and their friends who live on a deserted island.

They are a ramshackle bunch, including Marigold the cook, Bunchy the elephant magician, Clink the shipwrecked pirate parrot, and Sir Wise the owl.

When word reaches them that the infamous pirate Scary Mary and her crew are on the way to the island it is not a good time for Bunchy to accidently turn the whole island and everything on it red and white and stripy!

Can Monty come up with a clever idea to save them all? Will Bunchy’s spell gone wrong actually be a blessing in disguise?

A delightful, magical adventure that will be enjoyed by emerging readers and middle primary aged students.