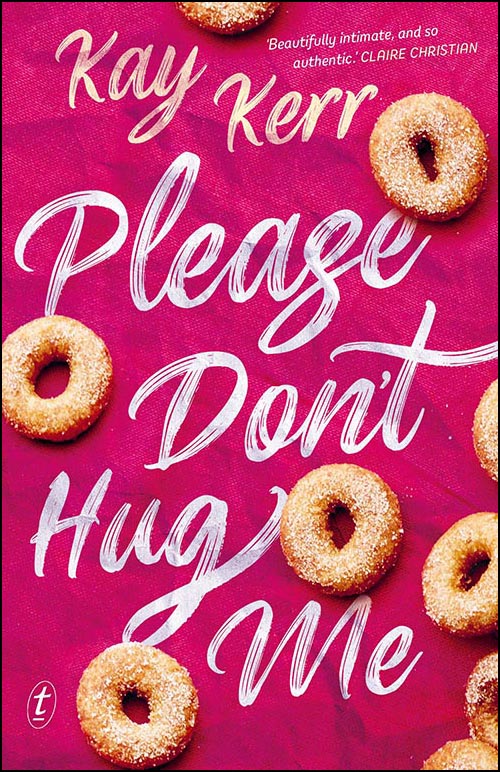 Erin is looking forward to schoolies, at least she thinks she is. But her plans are going awry. She's lost her job at Surf Shack after an incident that clearly was not her fault, and now she's not on track to have saved enough money. Her licence test went badly, which was also not her fault - she followed the instructor's directions perfectly. And she's missing her brother, Rudy, who left almost a year ago. But now that she's writing letters to him, some things are beginning to make sense.

Kay Kerr's Please Don't Hug Me depicts life on the cusp of adulthood - and on the autism spectrum - and the complexities of finding out and accepting who you are and what's important to you.

Erin writes letters to her older brother Rudy, who left them about a year ago. This was an idea from Erin’s therapist to help her process her new normal.

But normal is not something Erin easily understands. She is an overachieving 17-year-old on the autism spectrum, who doesn't really understand when to talk and when not to, and whether to talk the truth when she does speak. Most people just don’t understand her.

Sure, she has her best fiend Dee who always looks out for her, but their world is evolving too and Erin is not sure that this eagerly anticipated schoolies thing is really for her.

We see Erin’s friendships and relationships change and develop throughout the story as she moves toward adulthood. We hope for her future, and gain an understanding of the challenges that she faces.

Handling many topics, including autism, friendships, grief, independence and being fulfilled in your life, Please Don’t Hug Me will resonate with many teenagers, particularly girls 14 and older.