Our Stories: Australian Writers of Influence 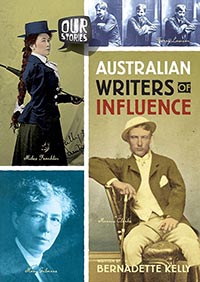 Writers who have shaped Australia's beliefs and attitudes and flavoured its culture.

Our knowledge and ideas about the world are shaped by writers - poets, novelists, playwrights and journalists. The 1800s were a time of turbulence and change in the Australian colonies with droughts, strikes, bushrangers and long periods of mass unemployment. The freethinking writers of the time were often called radical but they were the voice for change in this new country - and their influence is still evident today.