My Brother's Name Is Jessica 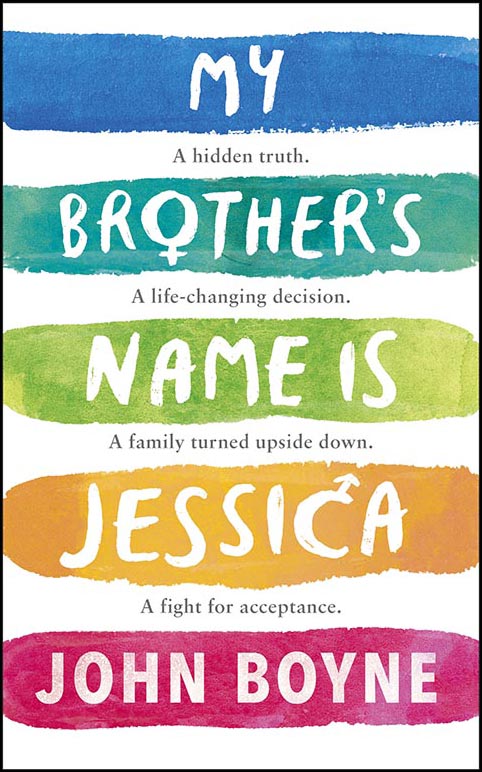 Sam Waver's life has always been pretty quiet. A bit of a loner, he struggles to make friends, and his busy   parents often make him feel invisible. Luckily for Sam, his older brother, Jason, has always been there for him. Sam idolises Jason, who seems to have life sorted - he's kind, popular, amazing at football, and girls are falling over themselves to date him.

But then one evening Jason calls his family together to tell them that he's been struggling with a secret for a long time. A secret which quickly threatens to tear them all apart. His parents don't want to know and Sam simply doesn't understand.

Because what do you do when your brother says he's not your brother at all? That he thinks he's actually . . . your sister?

Sam Weaver has always relied in his big brother Jason, captain of the football team and one of the most popular boys at school. Sam’s Mum is a politician and his Dad works for her, so they are always too busy for him. Sam likes his quiet life and tries to stay invisible.

One day, Jason tells the family that he has been carrying a secret that is tearing him apart, and when he says that he feels like he would be much happier as a girl, the family’s world is turned  upside down.

This is a thought provoking novel about the difficulties for young people both in dealing with their gender identity, as well as with those around them who may not want change.

This is a story of parents who don’t really want to face up to their son’s difficulties, and Sam who struggles to make sense of it all. It is a journey of discovery for all of them, and deals with anger, disappointment, patience, love, support, and finally, acceptance.

It is about growing up and realising that with the love of family you are stronger than anything that life can throw at you.

A great novel those in Year 9 and up.