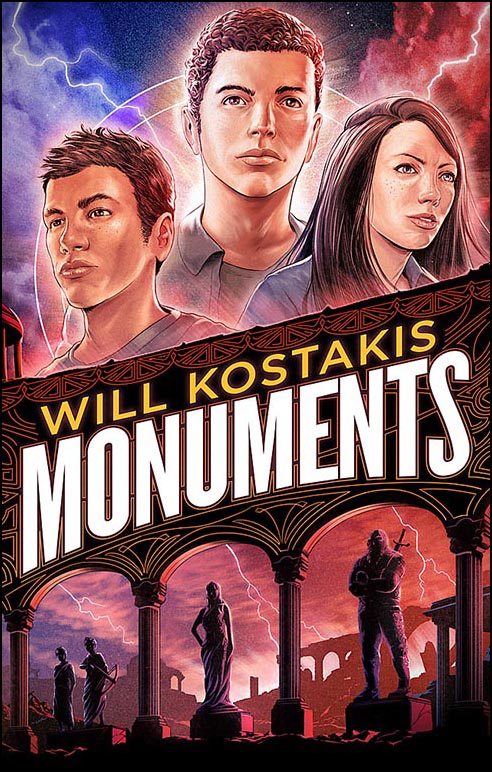 All 16-year-old Connor is trying to do is avoid his ex-best friend when he stumbles upon a trapdoor to a secret chamber under his school. But when Sally Rodgers breaks into the same secret chamber looking for an ancient being, things take an unexpected turn . . . and Connor's life will never be the same again.

Along with the mysterious Sally and, later on, his new friend Locky, Connor discovers the Monuments - gods who have been buried for generations - who created the world and hid themselves away from humanity to keep everyone safe. But now they're exposed and vulnerable, and Connor isn't sure who, himself included, can be trusted with the knowledge and the power these gods have.

MONUMENTS is the first book in an exciting new duology from YA star, Will Kostakis.

Connor is 16-years-old and doing his best to not think about the fact that his best friend no longer wants to be his friend at all.

Not thinking about his friendship situation becomes much easier when Connor stumbles across a secret room under his school and meets Sally, who is looking for ancient gods. Together they awaken a sleeping god and their lives will never be the same...

The only hope is for Connor, Sally and their new friend, Locky, to find all the other ancient gods and protect them in order to keep humanity safe.

This is a great story that will keep you enthralled until the end. Thoroughly enjoyable, with very likeable characters. Will be absolutely loved by teen readers, especially those who enjoy stories with a supernatural twist in an otherwise ordinary life!

A great read for those in Year 8 and up.