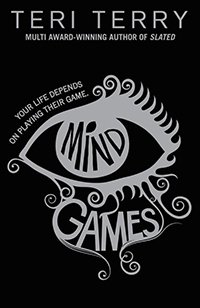 In a future world, life is tightly controlled by the all-powerful PareCo. Standing out from the crowd is dangerous so misfit Luna hides her secrets carefully, not realising her own power.

Unlike her friends and family, Luna has never been able to plug into Realtime, PareCo's virtual world, where almost everyone now lives their lives. So how do PareCo know about Luna, and why do they want her for their elite think tank?

The truth is hidden in a web of shining silver secrets, and the corrupt authorities would do anything to keep it that way.

Can Luna find a way to use her own hidden powers and bring the truth to light before it's too late?

But Luna is a refuser without an implant, and when school test results show her true intelligence the world leading and controlling company PareCo are suddenly interested in her.

Will her ancestry and true gifts be uncovered, and can she save the world from itself?

As a refuser of some modern technologies, I found the premise intriguing and the characters well developed and interesting. In a time when so many are increasingly becoming disconnected by their connectivity, I think this story will strike a cord with many.

A truly enthralling dystopian thriller that will appeal to those 15 +.