Little Gem and the Mysterious Letters 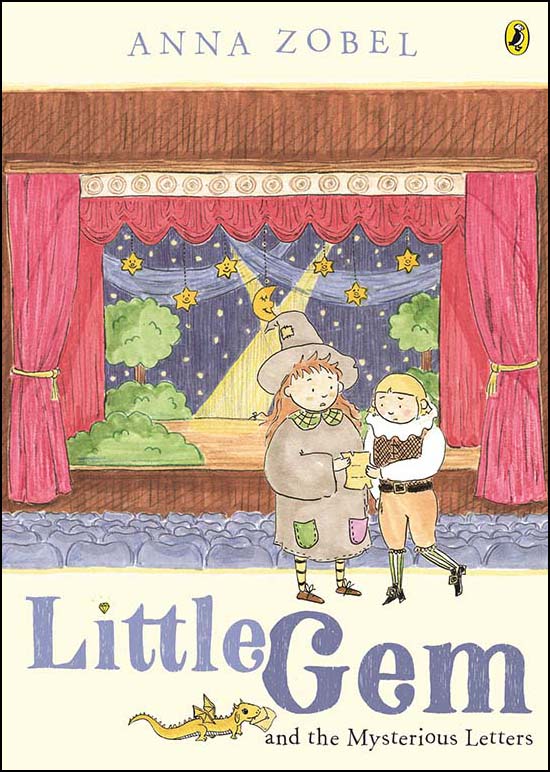 An adorable and charming new story about everyone's favourite witch Little Gem. A sparkling gem of a read for anyone who loves Polly and Buster or Mummy Fairy and Me! Little Gem is settling into her life at Ellsworth Pining with the help of Ghost Henry and her other friends.

Everyone is preparing for the Midsummer Festival and Little Gem is in charge of the special effects for the Midsummer Play. But when Little Gem's magic starts to go wrong and she receives several mysterious letters, Gem is worried that the festival is going to be a disaster! Will Little Gem be able to work out who is sending the letters and regain her confidence before opening night?

This is a wonderful new story in the Little Gem series. The first book was included in our February 2021 package, although you do not need to have read Book 1 to thoroughly enjoy this story!

Little Gem is loving her new life away from Witchcraft school, where she couldn't seem to do anything right, and felt sad and alone. Her life in Ellsworth Pining is far from all that - she has friends and is needed as the local town witch, even though she is still learning. Her spells, when they work, have helped the people of the town and she is truly happy living with Henry the ghost.

Gem and her friends are busily preparing for the Midsummer Festival that is such a special part of life in their town, and Gem is increasingly kept occupied by the letters that she receives from the townsfolk asking for help to solve their problems. But when Little Gem starts to receive anonymous threatening letters in yellow envelopes, and her spells are increasingly going wrong, she starts to doubt that she is really loved and wanted. Who would want to destroy the festival, and see Gem leave Ellsworth Pining?

With the help of her friends, they set about trying to find out!

Gem is a delightful character, and supported by her new friends, they show the importance of friendship, believing in yourself and each other, and working together to solve a problem.

A perfect story for emerging readers.