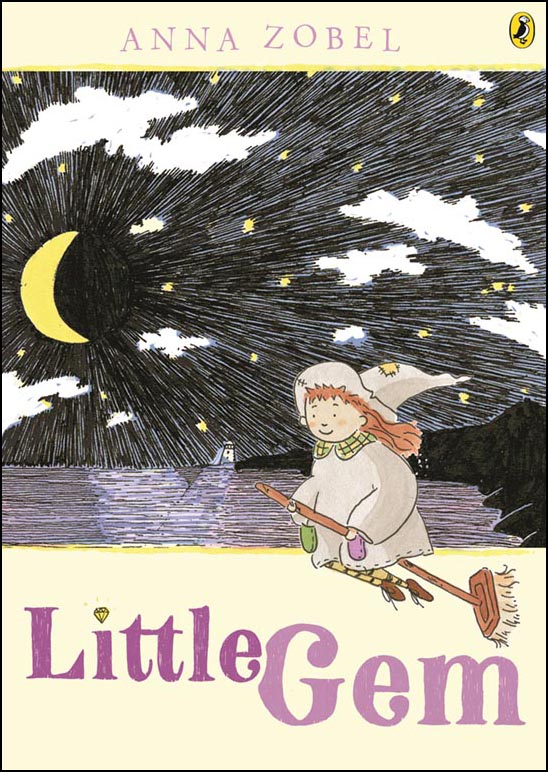 When her spell at Witchcraft School goes wrong, Gem lands in an unfamiliar, empty cottage, outside a strange, colourful town.

Everyone in Ellsworth Pining thinks Gem is their new village witch, even when Gem tries to correct them. And Gem's new friends do need her. The Weather Worker is missing, and there are tales of a terrifying beast in the woods.

Gem might know a spell that could help - if she can get it right.

Gem has a hard time at witch school. Nothing ever seems to go right with her spells, and she feels sad and lonely.

So when one of her spells goes wrong and she finds herself in the town of Ellsworth Pining and in the company of Henry, a ghost who resides at the witches cottage and is over four hundred years old, Gem’s life is about to change forever!

Gem finds herself caught up in the town’s current problem, the mystery of the missing Weather Worker. Gem meets and makes friends with the people of the town, and they are sure that ‘Little Gem’, as they have called her, can help them fix their problem. But Gem hasn't even finished Witchcraft school, and with her track record, she isn’t quite sure how successful her help will be!

With the help and support of her new friends, Gem finds the confidence that she has never had before to solve the mystery.

This is a delightful story about friendship, believing in yourself and finding the true you. It will be thoroughly enjoyed by emerging readers and I am sure they will be eagerly awaiting more of Gem’s adventures.