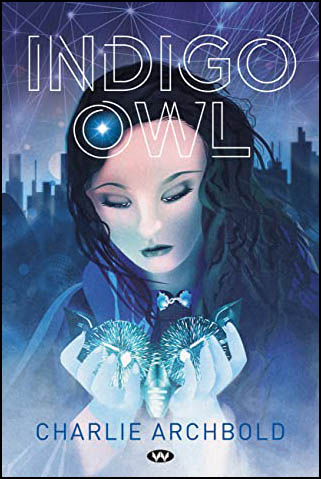 'It's a privilege to live here, but we have to work for it. As Earth was bleached and destroyed by climate change, only private companies were able to afford to colonise space. Our planet, Galbraith, is named after what was once the biggest pharmaceutical company on Earth.' When Scarlet Bergen leaves the comforting familiarity of her home, Facility 614, to start her training at the imposing Arcadia Institute, she has all the normal worries: whether she will make friends, what life will look like, and whether she will pass the rigorous training to become a valued member of Galbraith society. But Scarlet has a secret: her mother went missing many years ago, and she's determined to find her.

With the help of Rumi, her headstrong and frankly odd neighbour, and Dylan, the handsome but aloof student who reads her intuitively, maybe she'll be able to uncover the dark secrets of her family's past. But the three of them will also find out there's very little the Galbraith Executives will stop at to get what they want. In the vein of the popular 'Divergent' series, 'Indigo Owl' is fast-paced young adult dystopian fiction at its best.

Indigo Owl is a story that will grab you from the very beginning. Full of secrets, conspiracy and adventure, it is hard to put down.

Scarlett, Rumi and Dylan are the main characters in this fast-paced dystopian novel. Set in a future where the Galbraith company control everything, including the fertility of all their citizens, and no one can escape them.

Our three main characters all have their own reasons to question Galbraith’s overwhelming control of their lives - stemming from their past. To uncover the truth they must trust each other and risk everything, and what they uncover is a planet-wide conspiracy that the Galbraith company will stop at nothing to keep hidden...

Perfect for readers who enjoyed Divergent, this book is sure to become a favourite with those in Year 9 and up.