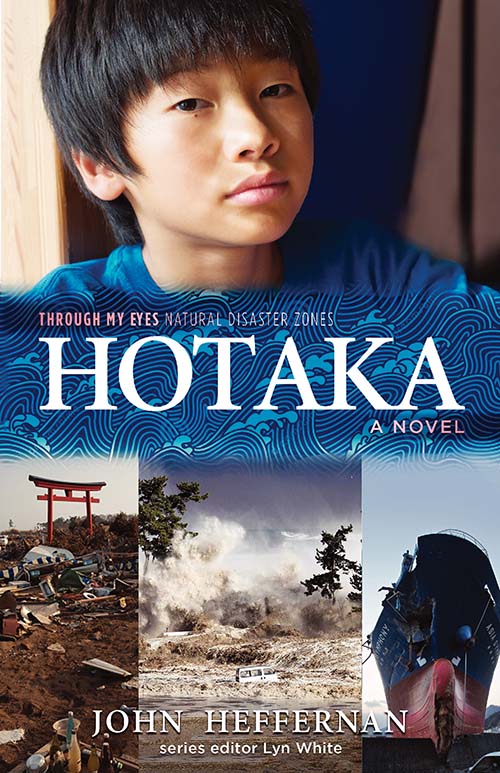 When the tsunami strikes the Japanese seaside town of Omori-wan, the effects are utterly devastating. Three years later, much of what happened on that day is still a mystery. As Hotaka sets about convincing local performers to appear at the town's upcoming Memorial Concert, he finds himself increasingly haunted by memories of best friend, Takeshi, who perished without trace in the tsunami.

Then his friend Sakura becomes involved in an anti-seawall movement, and all too quickly the protest gets serious. As the town and its people struggle to rebuild their lives, can Hotaka piece together what happened that day - and let go of the past?

This is a great new series for younger secondary students that looks at natural disasters and the real impact of these disasters on the local communities.

John Heffernan is an ideal Australian author to introduce this series, as he looks at the devastation of the March 2011 tsunami in Japan and the events that took place afterwards, particularly the meltdown of nuclear reactors in Fukushima Daiichi, and the building of a seawall to stop a future tsunami.

The teenage characters are inspiring as they change the community attitudes with their strong will. Hotaka’s story is certainly one worth telling, and is one that will be a discussion starter for many Year 7 & Year 8 English classes.

I hope this is the first of many in this wonderful new series.