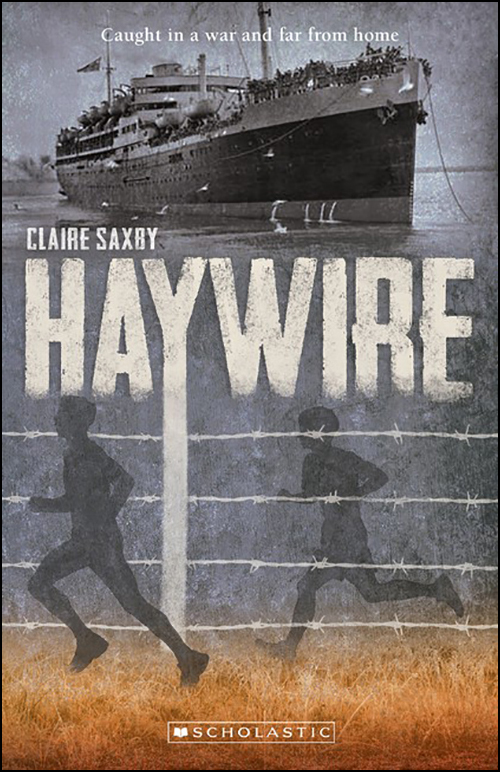 In 1939, 14-year-old Tom lives in Hay where his family runs the local bakery. Max Gruber is nearly fourteen-years-old. He is sent to his Uncle Ferdy in London, but is then interred and shipped to Australia aboard the Dunera. He arrives in Hay and meets Tom. The two boys become friends and find their lives and their friendship influenced by a far-away conflict in Europe.

We catch an extraordinary insight into the lives of real people and how their lives are impacted by WWII, through the eyes of two teenagers.

Max used to live in Germany with his parents, but his parents were against Adolf Hitler and his policies, so it was not safe for Max to stay any longer. Max was sent off to live with his Uncle in London.

But things go from bad to worse as the war intensifies, and suddenly both Max and his Uncle are no longer welcome in London and instead are interred and shipped off to Australia as a result of their German heritage.

Tom lives in rural Australia in a town called Hay, but when his two older brothers leave to join the war effort, Tom’s dreams of a university scholarship are shattered, as he must help in the family bakery.

The town is divided by the imminent arrival of the interns at the recently built camp. Some believe they are the enemy and can only cause trouble, but others believing they are just unfortunate, displaced people whose arrival is bringing work to the town.

When the boys meet, they form an instant bond and Tom goes to great lengths to assist his new friend Max in his quest to return home.

With themes of empathy, friendship, family and the impact of war, this is an ideal classroom novel aimed at 10 - 14 year old readers.