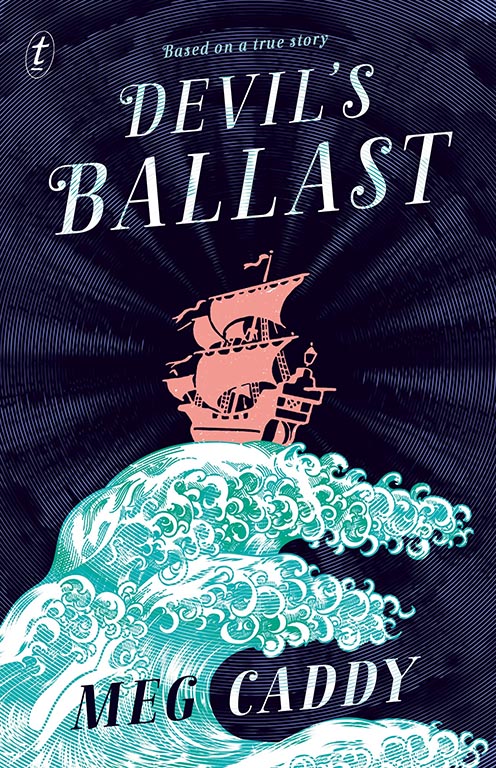 Anne Bonny was eighteen when she ran away from her violent husband, James, into the arms of  pirate captain Calico Jack Rackham. Now she's ensconced aboard Jack's ship Ranger, passing as a cabin boy and playing her ruthless part in a crew that is raining down mayhem and murder on the ships of the Caribbean. But James Bonny is willing to pay to get his 'property' back. And pirate-hunter Captain Barnet is happy to take his money. The Ranger's a fast ship - Anne might just be able to outrun Barnet. But can she outrun the consequences of her relationship with Calico Jack?

Devil's Ballast is action-packed yet nuanced, culturally relevant and sharp as a cutlass. Based on the true story of Anne Bonny, this new novel by the remarkable Meg Caddy brings to life one of history's most fascinating anti-heroines.

Devil’s Ballast is based on the true story of Anne Bonny, an Irish-born lass who left her brutal husband to run off to a world of adventure aboard the pirating ship, the Ranger.

Dressed as a male deckhand, she was in fact romantically involved with the Captain known as Calico Jack. Set around 1700 in Caribbean waters, we experience a life and times vastly different to today.

Anne is a quick tongued feisty character who never takes a backward step - even if it involves killing when she felt threatened. This portrays her as a somewhat loveable anti-hero in similar regard to Ned Kelly.

Devil’s Ballast is a thoroughly enjoyable, historically based novel, that is full of action, hardship and murder. It is easy to read and will be loved by anyone with a liking for historical fiction, aged 13 and older.