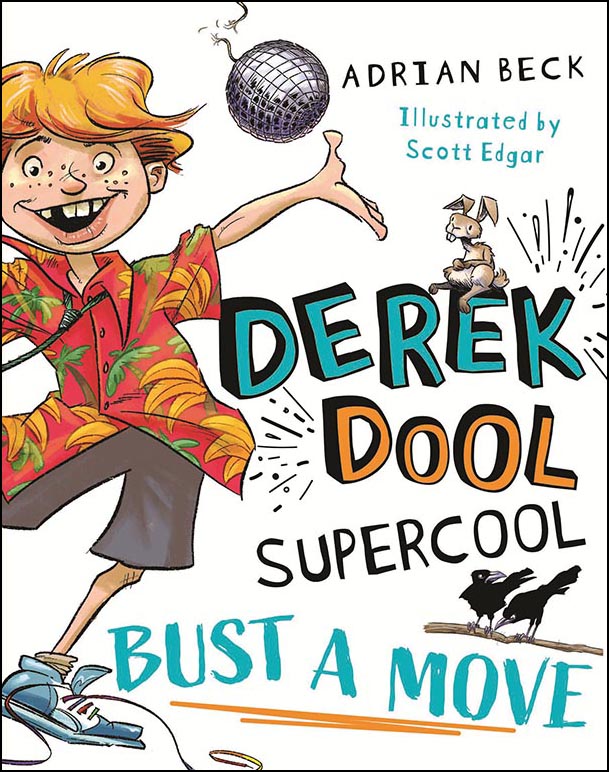 Think of the COOLEST, FUNNIEST, most HANDSOME kid in school, times it by a gazillion and you get DEREK DILBERT DOOL. At least he thinks so… Pity he’s the only one.

Life's tough when your name's Derek. You're destined to be uncool. But Derek is determined to find something - anything - that will change that. He's sick of being picked last in PE, of not being invited to parties, and of all the cool kids using his freckles as dot-to-dot challenges. Derek is going to find something that will make him SUPERCOOL and nothing is going to stop him.

Derek is cool - at least, he thinks he is!

With the school disco fast approaching, Derek has decided that this is his chance to prove to everyone that he really is cool.

With a dance off set against his archenemy Carmichael Cruz, the all-round good-looking superstar of Ruttsmell Primary, who also just happens to smell like vanilla pancakes, what could possibly go wrong?

Derek’s unwavering (although at times alarming) level of over-confidence, will have you warm to him and his wonderful best friends Big Denise and Booger.

It is a humorous story that also touches on more serious aspects of family relationships, self-confidence, true friendships and dealing with bullying.

This is the first book in a new series by Adrian Beck and I’m sure readers will be eager to see what other adventures Derek and his loveable friends get up to.

A great read for all those in Year 3 and up.