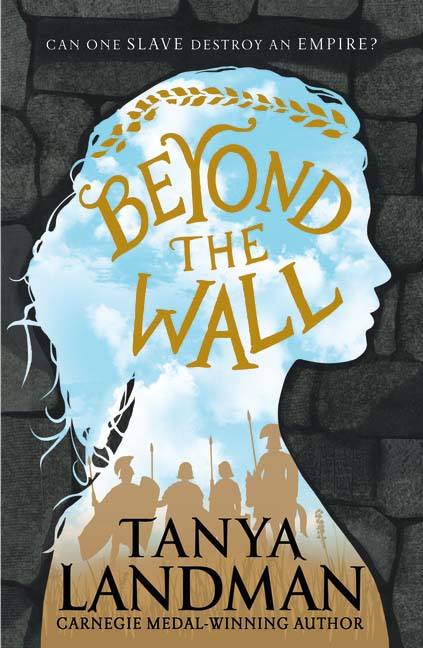 From Tanya Landman, author of the 2015 Carnegie Medal winner Buffalo Soldier, comes a heart-stopping tale of love, corruption and the power of choice. Blood on her lips. Blood on her tongue. Blood that is not her own. Cassia does not fear to die, but for her – for a slave who has maimed her master – there are worse things than death.

Yet the mighty Roman Empire has its limits. Beyond her master’s estate, beyond the river, far to the north stands Hadrian’s Wall. And beyond the wall? Freedom. With dogs on her trail and a bounty on her head the journey seems impossible.

But then Cassia meets Marcus – slick, slippery, silver-tongued – a true and perfect son of Rome. And her only hope.

Cassia is a slave girl in Roman Britain, in Ancient Times when slaves meant nothing and females even less.

Cassia’s life is hard and difficult and when she bites her masters ear off rather than become his mistress, her life on the run begins. For a slave, there are worse things than death.

The might of the Roman Empire only extends to Hadrian’s Wall, so can Cassie make and survive this perilous journey to the other side? All seems lost, until she meets Marcus - the perfect gentleman of Rome who should turn her in, but instead decides to help her. But can she trust him?

Fast paced and adventurous, this is the story of one girl’s courage to escape and to give others the hope that life may one day change for the better.

Quite brutal and confronting at times, particularly in the Romans arrogance and the treatment of their slaves and all females.

It is also a love story, about family, friends and choices. The amazing bravery of one young girl who refuses to accept the life she was supposed to live will enthral your readers. Tanya Landman is a Carnegie award winning author and this book will suit girls Year 9 and up who love historical fiction and do not mind the brutal truth that history includes.