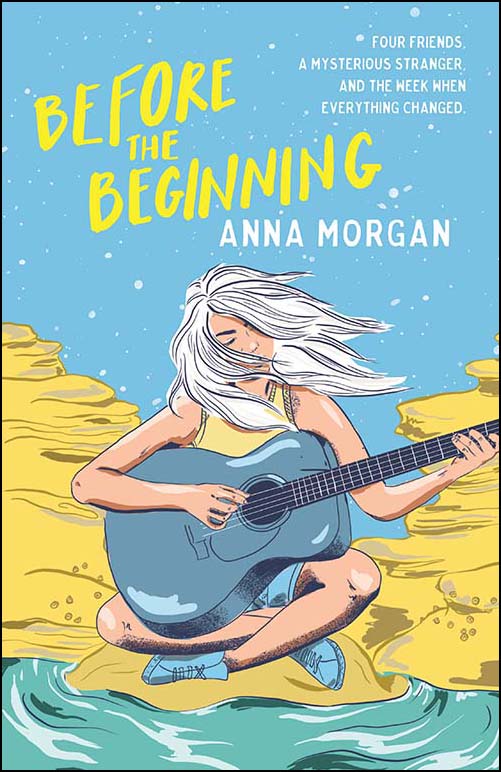 Schoolies week: that strange in-between time when teenagers move from school into the adult world. It's a week when anything is possible, and everything can change.

Grace is questioning everything she thought about herself, and has opted not to join her clique of judgemental friends for schoolies, instead tagging along with her brother Casper and his friends. Casper, an artist, is trying to create the perfect artwork for his uni application folio. Overachieving, anxiety-ridden Noah is reeling from a catastrophe that might have ruined his ATAR result. And Elsie is just trying to figure out how to hold their friendship group together.

On the first night of the trip, they meet Sierra, a mysterious girl with silver-grey hair and a magnetic personality. All of them are drawn to her for different reasons, and she persuades them to abandon the cliched schoolies experience in favour of camping with her on a remote, uninhabited island. On that island, each of them will find answers to their questions. But what does Sierra want from them?

This is a fantastic coming of age novel following the story of four Australian teenagers who experience a different kind of schoolies week, and perhaps discover the next chapter of their lives.

Told in parts by all four, we first hear from Grace. She is just tagging along with her brother Casper and his two friends, Noah and Elsie - who didn’t even know that Grace was coming. Grace is due to start a religious internship next year. But does she want more in her life than just the church?

Casper is loved by everyone, particularly his best friend Elsie. But he needs to find the true meaning in his life, and maybe do more than just dream of an Art course.

Noah was always top of the class but is suffering from severe anxiety. He has always been under pressure to achieve at the end of school. But will he? And what does he really want to do with his life after school anyway?

Lastly, Elsie - she wants more than just being Casper’s BFF, but really doesn't know where she wants to go next now that school is finished, and she can’t even tell Casper the truth.

But their schoolies week all changes when they meet the beautiful Sierra, who entices them to go out to a deserted island to spend the week camping instead.

So begins a voyage of discovery for them all. Truths are revealed. Feelings are hurt. Friendships are made, and allegiances changed. But after everything, a new hope for the future is instilled in all of them. And who is the mysterious Sierra anyway?

This is a great coming of age novel with themes of friendship, trust, truth and hope, while finding your own path. Will most appeal to teens 16 and older, but there is nothing that would make it unsuitable for any teenage reader.