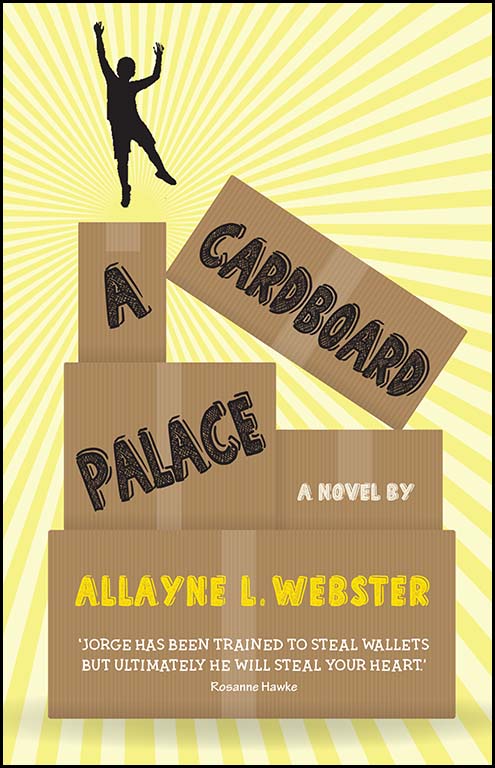 Bill, a controller, has an army of child thieves at his command and Jorge is one of them. But soon Jorge faces an even bigger threat. His home is to be bulldozed. Where will Jorge sleep? What will happen to his friends, Ada and Gino? Could a burgeoning friendship with Australian chef, Sticky-Ricky, help Jorge to stop Bill and save the army of child-thieves?

And will he do it before he loses Ada forever? Jorge can’t keep fighting to live now he must live to fight. A harrowing, humbling story about one boys desperation to escape a life of crippling poverty.

A Cardboard Palace reads like a modern Dickens story set in Paris, giving a voice to trafficked Romany children who are forced to labour illegally for a pittance.

This is a real eye-opener for your younger students to a world that is far removed from their normal lives.

Our main character is a young boy, Jorge, whose Romanian family was tricked into sending him to Paris with Bill, a man who had promised them that Jorge would have a better life. But this is far from the truth.

Jorge had been human trafficked to be a thief for Bill and his bosses, who use young children like Jorge to target tourists in and around the famous attractions of Paris. They pick pockets and beg, and manage to steal large sums of money, but they see hardly any of it, as they are under the complete brutal control of Bill.

Jorge is just one of many like this. His friends, who all live in the ‘camp’ with him and find themselves in a similar, seemingly hopeless situation, living in fear and poverty. And when they find that their camp may be bulldozed, their already desperate situation looks even worse.

But Jorge is a fighter and dreams of more. Will he ever be able to flee the grip of Bill and start a new life? And will it be his new friendship with the Australian chef Sticky Ricky that gives him this chance?

This is a wonderful, though at times sad story which shows the harsh life of those that find themselves at the mercy of others. It is also a story of hope, and the power of self belief and courage.

It will be enjoyed by all those in Year 7 and up.